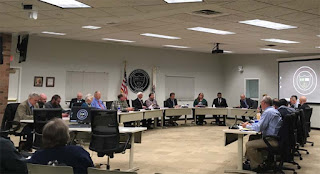 The October 18th County Board meeting (video here, agenda here, and addendum here) mainly focused around approving the first solar farms since the ordinance allowing such developments was passed (more on that here). To jump to the portion of the meeting discussing the solar farms in question and concerns about the ordinance click here. News-Gazette blurb from yesterday:


Champaign County Board approves two rural solar farms
...
Members approved Community Power Group's plans to build a pair of 2-megawatt farms — one on 13.56 acres of a 57.84-acre tract at county roads 2350 N and 1700 N, north of the St. Joseph Sportsman Club, and another on 16 acres of a 36.77-acre tract at the southeast corner of county roads 1300 E and 3300 N in Ludlow Township, northwest of Rantoul.

The votes came with some reservations, as residents and officials of nearby municipalities have voiced concerns that the panels could bring noise, affect property values and restrict a community's ability to expand.

Some board members suggested at Thursday's meeting that the county's zoning board take another look at solar-farm rules, but no formal action was taken.

Full blurb here. There was also some discussion on RSM, the firm chosen to do the post-closing accounting services for the Champaign County Nursing Home after the sale. There were some concerns about conflicts in the past, but Administrator Busey had found that the auditors involved didn't believe those problems originated with RSM and shouldn't be a problem in the future. The full discussion is available at the video jump-to link here. Everything else in the consent agenda and regular agenda and addendum passed by either voice or roll call vote.
at October 20, 2018 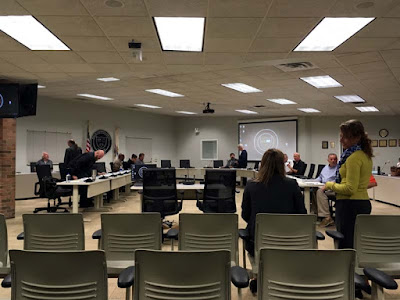